When I’m researching in Los Angeles, I talk to pretty much everyone about the river. Again and again, I hear the same story, as if it’s a script clipped out of the Los Angeles Times. People smile. They tell me nobody in Los Angeles knows that their city has a river. Then they recount an intimate, personal story about this supposedly unknown eighty something kilometre watercourse. I’m yet to meet someone in the know-nothing category.

The river just may be the city’s least-kept secret.

The janitor polishing brass fixtures in one of downtown LA’s oldest and swankiest hotels tells me, as I loiter in the lobby pretending I might be staying there while waiting for an interviewee to arrive, how he played in the river as a child in East Los Angeles. His father would repeatedly drill the children about river safety through a Spanish phrase that translates, loosely, as no matter who you are – rich, poor, black, white, Latino – if you mess about with the river it’ll badly mess with you. The security guard at one of UCLA’s libraries knows right away about the proposed billion dollar river restoration measures, and about Frank Gehry. An elderly man I met at in exclusive club in Hollywood remembers childhood in Frogtown when the ground would be so thick with frogs that he couldn’t walk for stepping on them, and his boyish excitement at the popping sounds they made. Someone else I met told me about doing jury duty at a trial for an alleged gang killing in the lower reaches, and another grimaced telling me how a friend had found a corpse in the river while hiking.

Everybody, it seems, carries a little piece of the river with them. 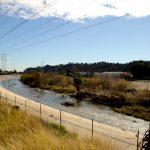 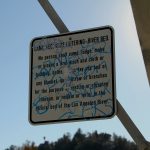 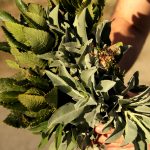 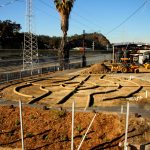 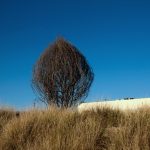 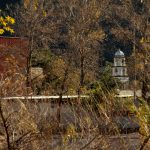 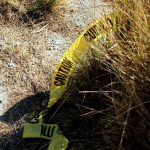 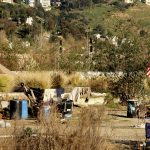